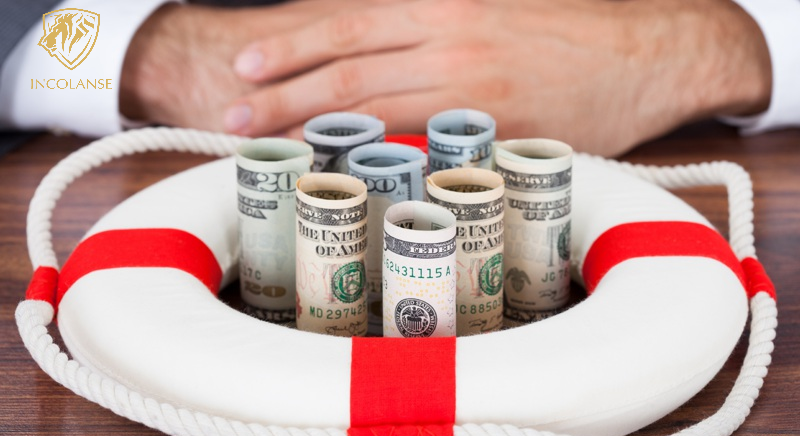 On 18 th of October, 2018, Verkhovna Rada of Ukraine adopted Bankruptcy Code of Ukraine. The Code is becoming valid and is coming into force six month after the date of its official publication. This systematic codifying statute is expected to enhance efficiency of the bankruptcy procedures for making Ukrainian market more attractive for investments and to ensure easier running business in Ukraine. The Code’s structure includes provisions, artificially taken from the current law of Ukraine “On Renewal of the Debtor’s Solvency or Declaring Its Bankruptcy”, Economic Code of Ukraine and Economic Procedure Code of Ukraine. This Code has also generalized such an important matter as the mechanism of prejudicial bailout of a company. Its procedure is prescribed by articles 5 and 6 of the Code.
The idea of prejudicial bailout itself is very positive for any company in trouble. First of all, it provides an opportunity to obtain certain repayment holiday without risks for reputation, and to resolve the matter of debts repayment to the creditors in 12 month.

As usual, the creditors apply harder mechanisms to get their funds back. They file lawsuits, involve enforcement services. This leads to imposing arrests on bank accounts and assets of the company. Restrictions on the use of fixed and circulating assets do not promote the company’s overcoming financial crisis, but make it deeper. However, such adverse situation could be avoided by taking necessary preventive measures.

Making correct changes in the sphere of financial management and timely restructuring could help the company to renew its profitability and to continue running business after paying off the entire debts.
Domestic law defines the notion bailout as a system of measures for renewal of a debtor’s solvency, avoiding its bankruptcy, partial or complete debt settlement with its creditors. Purpose of the bailout is financial stabilization of a company, improving its health, recovery of its paying capacity in short timeframes.

The procedure of bailout prior to judicial proceeding (proceedings) could be instigated by either debtor or creditor. The debtor and the creditor (creditors) are able to conclude an agreement about the debtor’s bailout prior to initiation of judicial proceeding (proceedings) in bankruptcy as before, as after arising of the debt.
Thus, if signs of bankruptcy arise, the debtor’s manager must notify the debtor’s founders (members, shareholders), and property owner (or the authority empowered to manage the possessions) about the existence of such signs.
The basic difference of prejudicial bailout and its main advantage, as it is clear from its name, is that it takes place before the economic court’s commencing legal proceeding in bankruptcy. If economic court accepts lawsuit against the company’s bankruptcy, proper announcement is published on official web-page of the Supreme Economic Court of Ukraine. The proper record is included also into the Unified register of legal entities – defendants in bankruptcy proceedings. Although, unlike the mechanism of bankruptcy, in case of prejudicial bailout, the announcement informs that the court has accepted an application to approve the debtor’s bailout plan. Compared to the procedure of bankruptcy, it decreases reasonably the extent of debtor’s loss of reputation. Bailout plan is subject to compulsory adjustment by all secured creditors.

Prejudicial bailout shall be fulfilled according to bailout plan. As in the case of judicial bailout, after adjustment thereof with creditors it’s subject to approval by the economic court that delivers the respective judgment and simultaneously passes moratorium on satisfying creditors’ demands.
Perhaps one of the most well-known examples of bailout in Ukraine is the bailout of “MRIYA” agricultural holding. In former times, land bank of the company included almost 300 thousand hectares. Before the year 2013, 20% of the company was traded in Frankfurt stock exchange. It is very significant for a company with its roots in Ukraine.
That time the company was owned by Guta family. In 2014 they failed to pay to their creditors and declared default. International financial institutions and banks sustained losses. Among them were IFC, Alfa Bank, Credit Agricole, Deutsche Bank DBU, Erste, PUMB, etc.

Meanwhile, it is essential that there were creditors who made the decision to bailout the company. Thus, to keep the agricultural holding afloat, they invested additional funds even into sowing campaign. Creditors’ committee started with electing new company managers, expected to make the company to fall on feet. As the experience has shown, jointly with the creditors they managed to do it. Thanks to restructuring, the total financial burden on “MRIYA” decreased from $1.1 billion to $309.5 million. Now we know that the holding has been purchased by Arabian company SALIC. To this effect the creditors, by their own efforts, have managed not only to revitalize the company, but also to return their own credit funds.
It’s worth to mention that this case is indicative for those who have intentions to return their own funds from bankrupt businesses without liquidation of a debtor and invest real deeds into such company’s renewal.