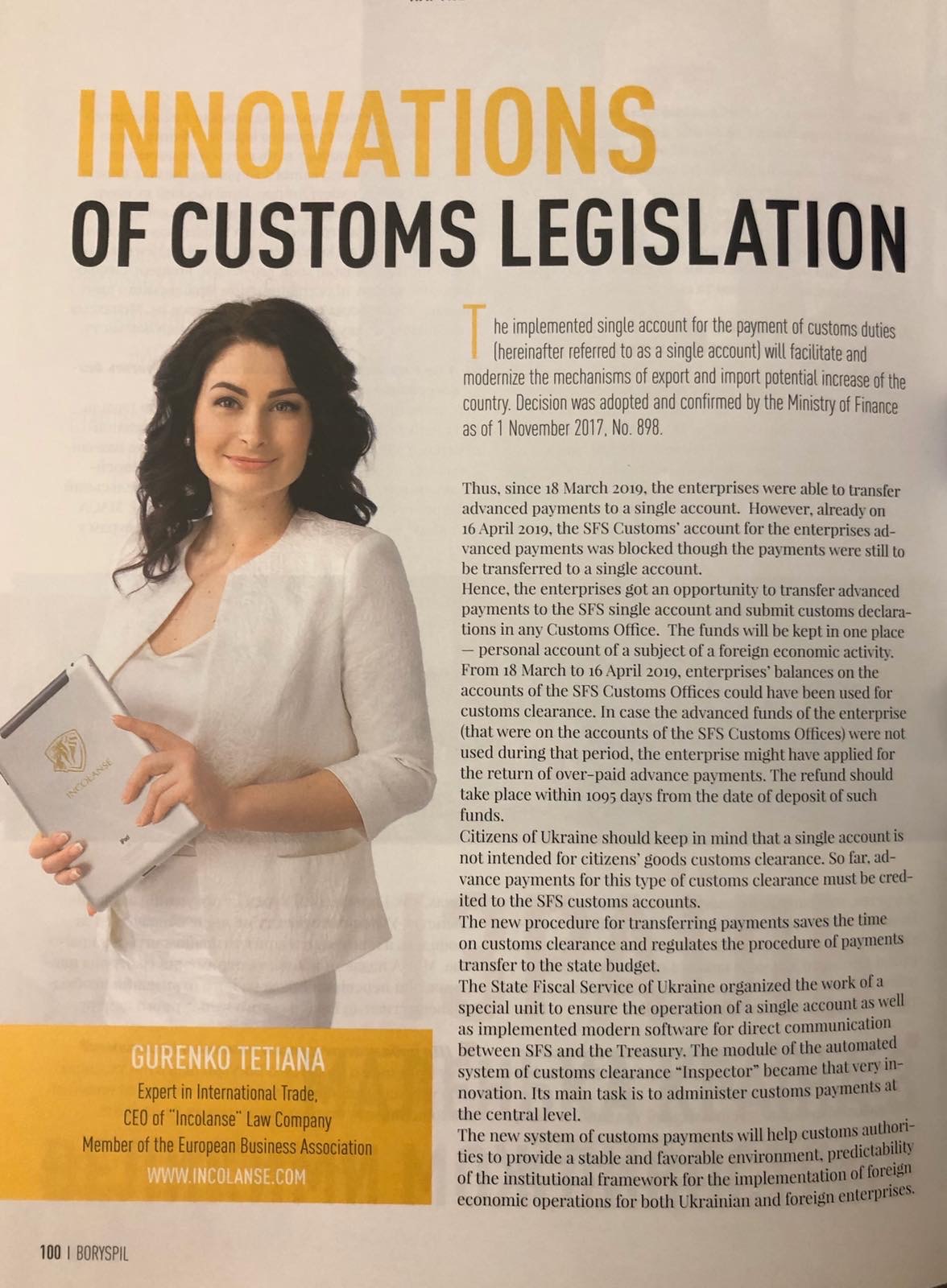 The implemented single account for the payment of customs duties (hereinafter referred to as a single account) will facilitate and modernize the mechanisms of export and import potential increase of the country. Decision was adopted and confirmed by the Ministry of Finance as of 1 November 2017, No. 898.

From 18 March to 16 April 2019, enterprises’ balances on the accounts of the SFS Customs Offices could have been used for customs clearance. In case the advanced funds of the enterprise (that were on the accounts of the SFS Customs Offices) were not used during that period, the enterprise might have applied for the return of over-paid advance payments. The refund should take place within 1095 days from the date of deposit of such funds. Citizens of Ukraine should keep in mind that a single account is not intended for citizens’ goods customs clearance. So far, advance payments for this type of customs clearance must be credited to the SFS customs accounts. The new procedure for transferring payments saves the time on customs clearance and regulates the procedure of payments transfer to the state budget.

The State Fiscal Service of Ukraine organized the work of a special unit to ensure the operation of a single account as well as implemented modern software for direct communication between SFS and the Treasury. The module of the automated system of customs clearance “Inspector” became that very innovation. Its main task is to administer customs payments at the central level. The new system of customs payments will help customs authorities to provide a stable and favorable environment, predictability of the institutional framework for the implementation of foreign economic operations for both Ukrainian and foreign enterprises.